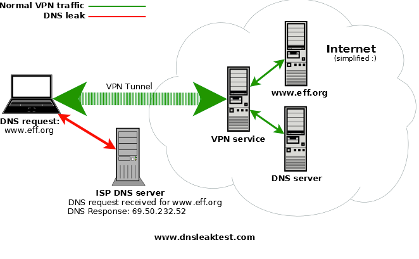 How to use ssh – config

If you often have to SSH into a machine with a long host and/or network name, it can get irritating to type it every time. For example, consider the following command:

If you interact with the web0911 machine a lot, you could include a stanza like this in your ~/.ssh/config:

This would allow you to just type the following for the same result:

Of course, if you have root access on the system, you could also do this by adding the hostname to your/etc/hosts file, or by adding the domain to your /etc/resolv.conf to search it, but I prefer the above solution as it’s cleaner and doesn’t apply system-wide.

If any of the hosts with which you interact have SSH processes listening on alternative ports, it can be a pain to both remember the port number and to type it in every time:

You can affix this port permanently into your .ssh/config file instead:

This will allow you to leave out the port definition when you call ssh on that host:

If you have a private/public key setup working between your client machine and the server, but for whatever reason you need to use a different key from your normal one, you’ll be using the -i flag to specify the key pair that should be used for the connection:

You can specify a fixed identity file in .ssh/config just for these hosts instead, using an asterisk to match everything in that domain:

I need to do this for Mikrotik’s RouterOS connections, as my own private key structure is 2048-bit RSA which RouterOS doesn’t support, so I keep a DSA key as well just for that purpose.

Logging in as a different user

By default, if you omit a username, SSH assumes the username on the remote machine is the same as the local one, so for servers on which I’m called tom, I can just type:

However, on some machines I might be known as a different username, and hence need to remember to connect with one of the following:

If I always connect as the same user, it makes sense to put that into my .ssh/config instead, so I can leave it out of the command entirely:

If you have an SSH server that’s only accessible to you via an SSH session on an intermediate machine, which is a very common situation when dealing with remote networks using private RFC1918 addresses through network address translation, you can automate that in .ssh/config too. Say you can’t reach the host nathost directly, but you can reach some other SSH server on the same private subnet that is publically accessible, publichost.example.com:

This will allow you to just type:

The above are the .ssh/config settings most useful to me, but there are plenty more available; check man ssh_config for a complete list.

If you are running a 64-bit version of Windows 7 go to this article.

Currently, many companies use the expensive Hardward Sentinel Key for software protection.

If you need to install the program, regularly purchased, on other PC or if you want to avoid carrying around the precious keys, you can use an emulator program which allow you to use the software without the use of  the Sentinel Key.
The program that I used for the emulation is Sentinel Emulator 2007, that with some small changes, it can run on Windows Vista.
The zipped package, that you can download from here: “Sentinel Emulator“, contains the following programs:

Of course, to allow the emulator to work, you need to have an original Sentinel Key.

1) Launch the application Sentinel73.exe to install the drivers.

2) Insert the key and wait for the device recognition.

3) Star EDGE (the program has the function to copy the data stored in the key and exporting them to a file with DNG extension).

7) Wait that the dump file is created. 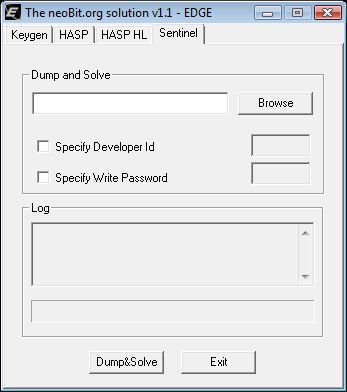 To allow the program to work under Vista, go to the properties panel to enable the compatibility mode for Windows XP.

Emulator  2010 is compatible with Vista, but it doesn’t accept the “dump file ” created with previous versions.

Run Emulator and check if the driver has been correctly installed: 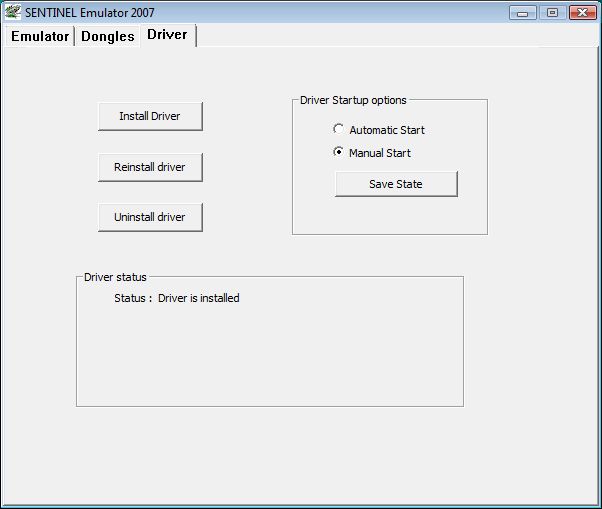 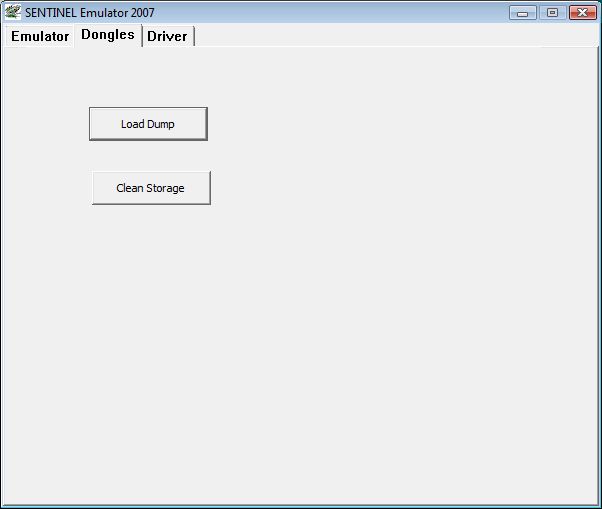 If everything goes well, you will get a screen like this: 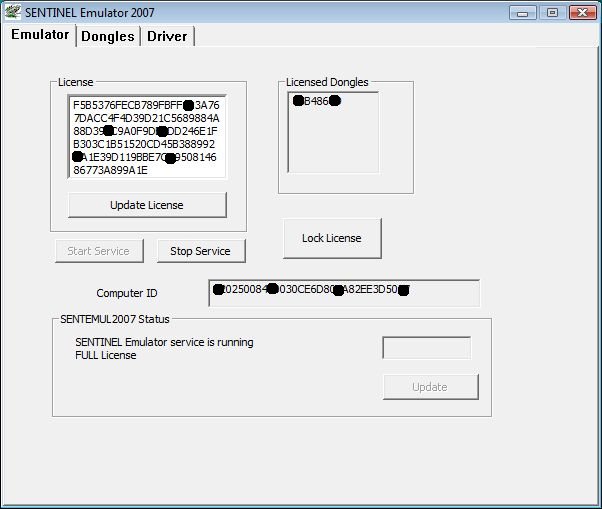 To encrypt data on your Mac I suggest to exploit the potential of the OS platform. A goof alternative to use FileVault (that protects the home folder encrypting it) is utilize Disk Utility to create a disk image with 256-bit encryption. 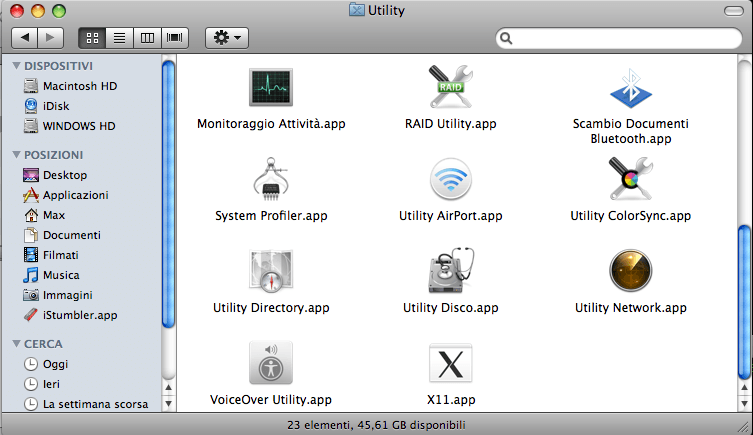 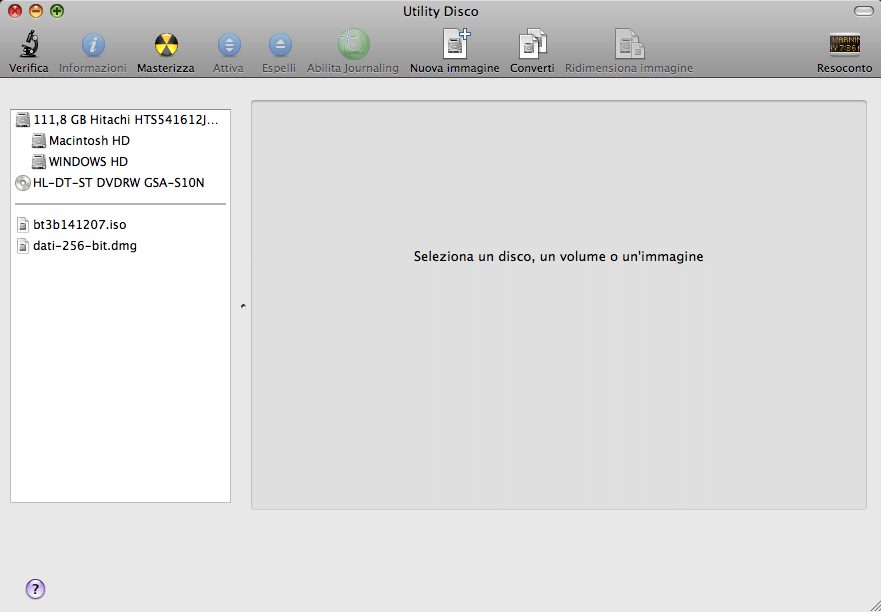 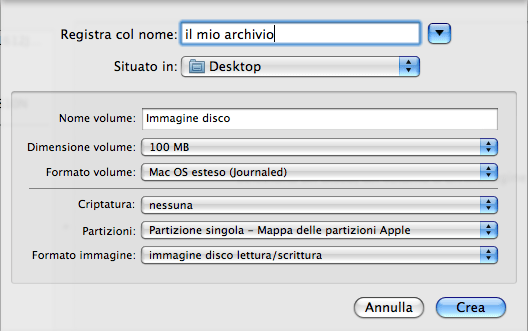 choose the name, location and size of the image, then select the desired type of Encryption: 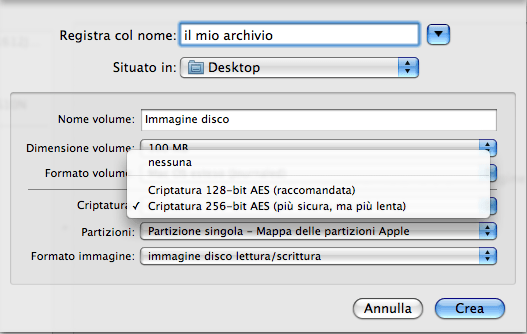 I suggest to use  256-bit AES, because with a dual core processor there is no problem of slowness: 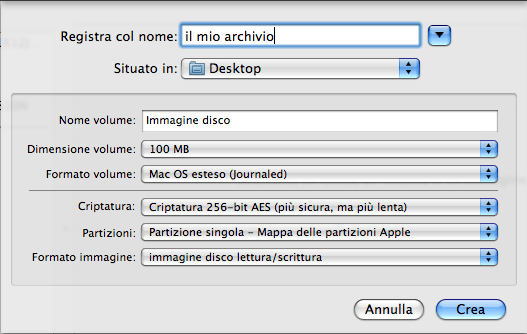 Then choose the password easy to remember A window will indicate to you its strength: 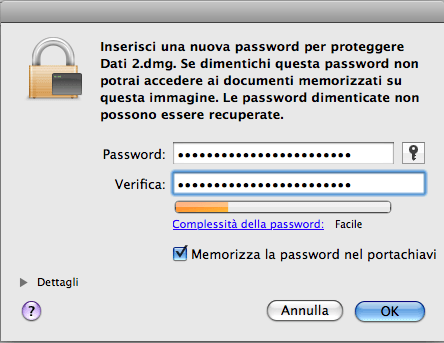 The program will make an encrypted  dmg file. 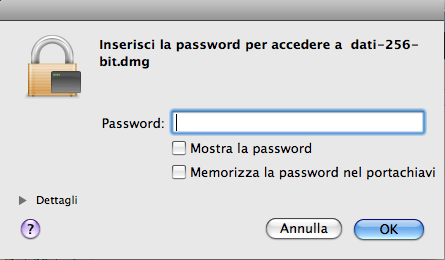 I suggest to don’t save it the keychain.